You are here: Home / Doctor Who Filming 2-Parter in U.S. 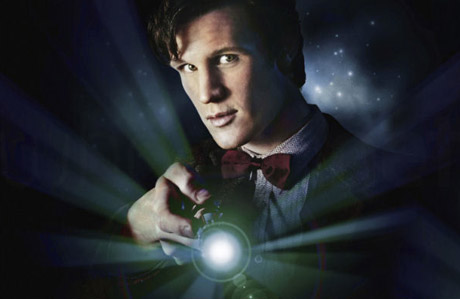 For the first time ever, the BBC’s hit smash Doctor Who is filming somewhere outside of the U.K. The two-part Season Six premiere is filming in the United States.

Doctor Who head honcho Steven Moffat is writing the script for the season opener, which sends the Doctor and his companions Amy and Rory to the late ’60s, where they’re summoned secretly to deal with some kind of threat that takes them from the Utah desert all the way to the Oval Office. The popular character of River Song, played by Alex Kingston, is also joining the gang for the adventure.

The BBC‘s production on the two-part season premiere begins in Cardiff this month, and then in mid-November the four stars will travel to America to shoot some pivotal scenes.

The highly anticipated sixth season will follow the new Doctor Who Christmas special, airing this holiday season, which guest stars Michael Gambon and Katherine Jenkins. Season Six’s thirteen episodes will debut on BBC America in Spring 2011, but for the first time ever is being split into two blocks, at the center of which the action will leave off with an enormous cliffhanger, which will then be resolved with the second block of episodes, which premiere in Fall 2011.