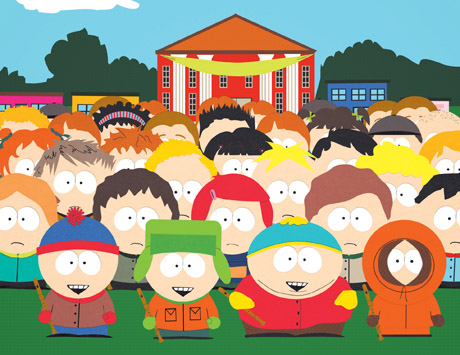 A recent episode of South Park has drawn dire predictions that border on threatening from a website called RevolutionMuslim.com. The episode in question, “200” (which was, as the title suggests, the show’s 200th episode) depicted the Prophet Mohammad in a bear costume.

In response, U.S.-based Islamic group RevolutionMuslim.com made not-so-veiled threats against South Park creators Matt Stone and Trey Parker, suggesting that “they will probably wind up” like a Dutch filmmaker who was killed by an Islamic militant because he made a film that accused Islam of condoning violence against women.

RevolutionMuslim.com has refuted the claims that they were making veiled threats against the South Park creators, but their website is unavailable at the time of this writing (though you can read an archived version of their post about 2/3 of the way down this archived page), which suggests that the site has either crashed or intentionally been taken down. The post RM made about South Park included contact information for both Comedy Central and Stone & Parker’s production company, as well as — much more damningly — what appears to be the location of a Colorado mansion where the two men live.

Why would the website suggest that Stone & Parker will likely be attacked by Islamic militants, and then provide directions to their home, if not to incite violence against them?

I’m no fan of South Park, so don’t get me wrong. I understand its irreverent appeal, but it’s too basement-level disrespectful for my taste. If anybody should expect to draw fire from those they offend, obviously it should be the people behind South Park, who have made a living out of insulting everything that somebody out there considers “sacred.”

But there’s no excuse for RevolutionMuslim.com’s irresponsible behavior, insinuating that someone should outright attack someone else. The group is claiming “freedom of speech” when questioned about their inflammatory article. But whoever said that freedom of speech implies freedom from responsibility?