You are here: Home / TV / Four British Series You Should Check Out

Many TV fans swear by British TV shows. The general consensus is that these are far superior to US TV series because they have more interesting premises and stories, they are not formulaic, and the writing is top notch.

If you have doubts about how cool British TV shows are check out these four series for yourself and be the judge: 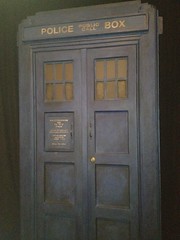 Geeks all over the world cannot get enough of what is considered the longest running science fiction TV series of all time. The new incarnation of Dr. Who series, which started again with Christopher Eccleston, maintains the mad, screwball elements of classic Dr. Who but with edgier, witty writing. Since the new series started in 2005, Eccleston has been replaced by David Tennant and Matt Smith, who bring their own unique interpretations of the Dr. Who character. This is a series you should definitely check out especially if you’re a science fiction fan. 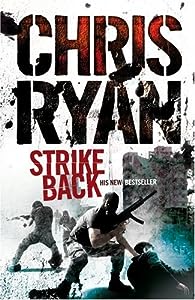 Strike Back is the action/espionage series that mainstream US networks can only dream of doing. It’s got a lot of sex, a lot of violence, and it’s got a killer story that will draw you in. Three “seasons” have already been produced and all of them are amazing. If you’re the testosterone junkie that can’t get enough of mayhem then Strike Back is the series for you.

The morally conflicted police character has been done so many times before but Luther, which stars the awesome Idris Elba, turns the concept on its ear. Luther is an extremely complex character and Elba really brings him to life with his superb acting. The story is also amazing – so tightly wound that you’ll be pulled in immediately. There’s talk of a third series so you’ll get more Luther fun in the future.

Utopia could probably be the most British of the shows on this list. This is a series that throws linear plot development out the window and goes for something more cerebral. If you’re familiar with the comicbook writer Grant Morrisson then you’ll feel at home with this series. Truly worth checking out.

Derek Gallimore loves to watch TV shows on his days off from working at Boutique London Lets, a company where you can rent luxury London apartments.