You are here: Home / Friday Night Lights Ending After Season 5 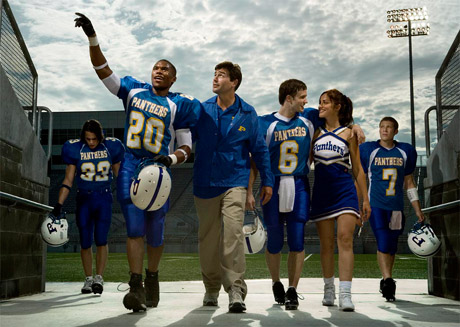 Poor Friday Night Lights. Despite its critical acclaim and high quality production, it’s been on-the-bubble practically since its debut. Given extended life via a special deal with DirecTV, the show has continued to air despite its low viewership, but it couldn’t last forever.

Season 5 will start airing in late October on DirecTV — commercial free! — and then sometime in 2011 on NBC. Its finale will serve as the conclusion to the show. Season 5 is comprised of thirteen episodes. Past cast members including Jesse Plemons, Taylor Kitsch, Scott Porter, Adrianne Palicki, and Zach Gilford, will appear in a handful of episodes to wrap up their characters as well.