You are here: Home / Reviews / Friends Cast: What are They Up To Now? 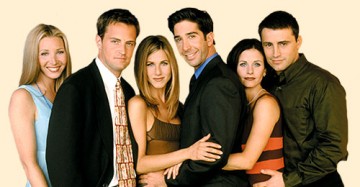 The Friends TV show gained a lot of viewers from all over the world when it was still airing. The cast themselves gained much popularity owing to this hit sitcom.

It’s been eight years since the Friends show was aborted in 2004. Where are the guys now and what have they been up to?

Matt LeBlanc – Matt is in the U.K. now doing his dark comedy Episodes, his only TV project after Friends. The actor who played Joey in the hit TV show earned him a Golden Globe award.

Lisa Kudrow – Lisa who played Phoebe Buffay is still pursuing her acting career until now. She’s also a writer and webseries producer and is currently starring in Web Therapy. She won an Emmy Award for Outstanding Special Class this 2012 for her show and was nominated for Outstanding Reality Program for Who Do You Think You Are which she is producing.

Courtney Cox – Courtney who played the role of Monica Geller is now starring in a lead role on Cougar Town. This comedy series aired on ABC began in 2009 and the show’s fourth season is set to premiere in January 2013. Cox is also into directing and in fact, directed two of Cougar Town’s 15 edpisodes in the third season.

Jennifer Aniston – Jennifer is still very much into acting until today and she even got her star on the Hollywood Walk of Fame in February this year. The actress who played Rachel Green in Friends has done a number of movies and is among the top earning actors in Hollywood included in the Forbes 2008 list.

Matthew Perry – This actor who was Chandley Bing in Friends is also a co-writer and executive producer now. He is now starring in NBC’s comedy show Go On as sportscaster Ryan King.

David Schwimmer – David continues his acting career and is also into directing films and TV shows. He is also an active diretor of the Rape Treatment Center in Santa Monica.