You are here: Home / Goodbye to Bernard Birnbaum of CBS News 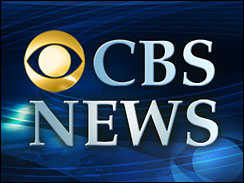 CBS News has reported that award-winning CBS News producer Bernard Birnbaum passed away this Thanksgiving Day at the age of 89.

Birnbaum died from a heart attack at Stony Brook University Medical Center in Long Island. He is survived by Deborah and Amy Birnbaum (Amy has followed her father’s steps and is currently a CBS producer) as well as four grandkids.

Birnbaum is best known for his documentaries some of which include legendary specials spanning controversial and important issues and events such as the Watergate scandal (, Kennedy assassination (“CBS News Inquiry: The Warren Report” and “Who Killed Kennedy?”), the Vietnam War (“Vietnam: A War That is Finished”), and the plight of miners in Kentucky (“Christmas in Appalachia”) for which he won an Emmy. Actually, Birnbaum won 7 Emmys in all.

Some of the CBS shows that Birnbaum produced, whether as associate or senior producer, included: “CBS Evening News with Walter Cronkite”,”Adventure,” “Eyewitness to History,” “The American Parade”, and “Sunday Morning.”

During his stint as CBS he served as mentor to many aspiring producers and correspondents. According to Sean McManus, CBS News and Sports President, “He always had an encouraging word and was always available to help with a problem. No one who had contact with Bernie can forget his enthusiasm as he would present some little known or forgotten treasure from the CBS News Archives – many of which he had been responsible for filming or taping.”

Before finding his niche at CBS Birbaum studied cinema at Rome, served in Italy during the World War II, and worked as a photographer in MGM Italy.