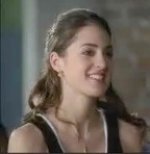 We can’t stop ourselves from talking about The Hills. It’s one of the best guilty pleasures to ever hit the tube — especially since the writer’s strike has put some of the shows to a screeching halt. Best part is that the drama continues off-screen. Spencer Pratt’s sister Stephanie (also called “The She Pratt” just got caught shoplifting at Neiman Marcus.

But, there’s no truth to the rumor that Roxy Olin (daughter of
“Brothers and Sisters” producer Ken Olin) will join the wedding party. She did do a cameo, though — she was standing next to Spencer’s sister when she dissed Lauren at the bar. Roxy’s mom, Patricia (who stars in “Prison Break” — my, what a TV family) says that the first and last appearance. The Hills bigwigs were wooing her to do another one, but she only agreed to join that episode out of a favor to Spencer, who was a high school buddy. “They kind of pigeonhole you into stuff there,” said Patricia.