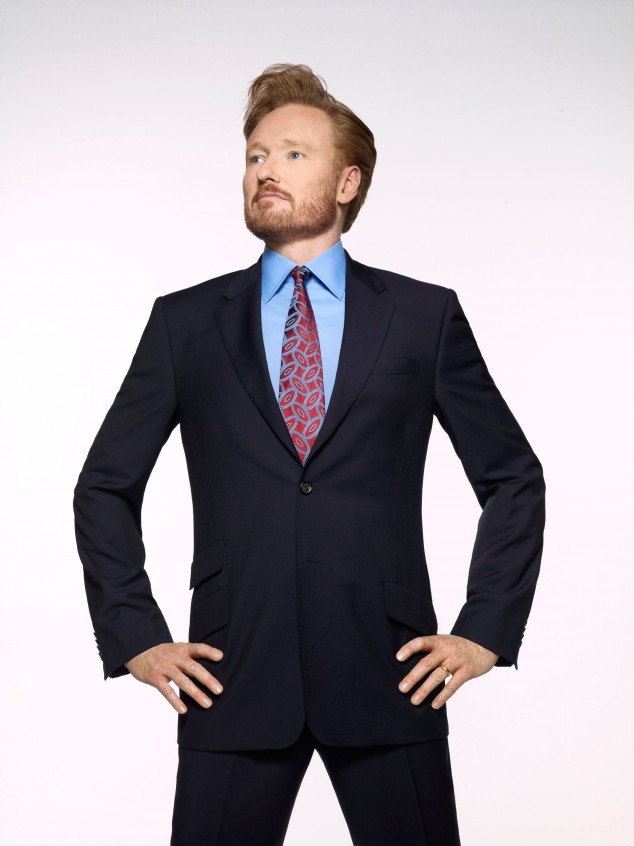 Even if you’re not a late-night watcher, you’ve got to be at least a little curious. I never watch late-night shows, but I’m planning to tune in.

The drama that seemingly ended months ago when Conan O’Brien was booted from The Tonight Show by NBC so that Jay Leno could return — a move that has not seen a boost in ratings for the show — either gets a new chapter or an epilogue tonight when Conan debuts on TBS. O’Brien’s not expected to address Lenogate, as he’s expressed repeatedly his desire to move on and leave the past behind. Still, one can’t help but wonder what his new show will be like, and if he’ll get in a jab or two at Leno and/or NBC’s expense.

O’Brien’s new set has been shrouded in utmost secrecy, and won’t be unveiled until the show debuts tonight at 11:pm EST. The Hollywood Reporter posted the few first details about it, which reveal that the audience capacity is smaller than his Tonight Show set, but bigger than his Late Show. The article also reveals that Emmy award winning set designers John Shaffner and Joe Stewart designed the set, and that the backdrop depicts a hand-painted backdrop of the California coast line with inset fiber optic lights.

All eyes will be on TBS tonight at 11. Will yours?