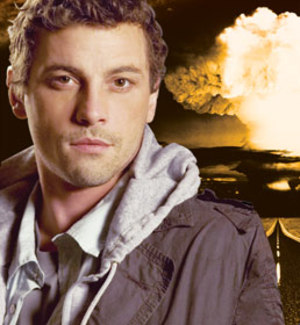 “Jericho” had a second shot at life when fans rallied to have it returned, but…it’s over, folks.

CBS has cancelled the show, with the season finale airing on Tuesday, March 25.

“Without question, there are passionate viewers watching this program; we simply wish there were more. We thank an engaged and spirited fan base for keeping the show alive this long, and an outstanding team of producers, cast and crew that went through creative hoops to deliver a compelling, high quality second season. We have no regrets bringing the show back for a second try. We listened to our viewers, gave the series an opportunity to grow, and the producers put a great story on the screen. We’re proud of everyone’s efforts,” said CBS in a statement.