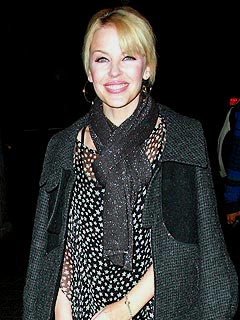 Kylie Minogue told Ellen Degeneres that her doctor had misdiagnosed her cancer. She had gone on the show to promote her new album, but was inspired by Hillary Clinton’s comments on the importance of early detection to reveal her secret.

“Listen, this is an opportunity for me to say something that I have not said before,” Minogue said, who is now in remission. She had a mammogram which came out clear, then found a lump in her breast weeks later. “So my message to all of you and everyone at home is, because someone is in a white coat and using big medical instruments doesn’t necessarily mean they are right. If you have any doubt, go back again.”