You are here: Home / Life after winning America’s Top Model 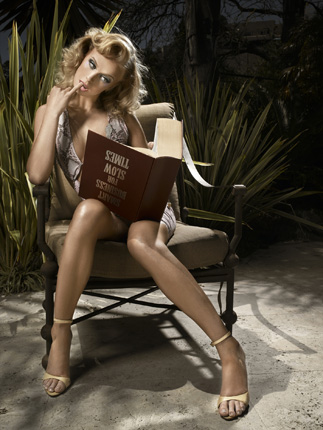 Does
“America’s Next Top Model” really launch the careers of its winners, aside from the Cover Girl contract?

Not really.”The fashion industry doesn’t take the show seriously,” says one insider. First of all, clients have a very specific idea of what kind of model they want for a campaign, and being known nationwide may actually work against the winners. Readers will pay more attention to them rather than the product — unless the campaign really wants some kind of low-level celebrity to boost its sales.

And, to be honest, they are low-level celebrities. Think, oh, “Z list”. After the first few months the buzz dies down and the world moves on to look at the next batch of Top Model finalists.

As for the real “Top Models” — well, it’s a small and highly exclusive circle. “The group of high-fashion girls who do the Vogues, the W spreads, the editorial spreads, the superluxury campaigns and runway is a really tiny group,” says the insider. “Maybe—maybe—100 girls around the world.”

Some contestants have gotten a few decent jobs, though. Jaslene has endorsed a brand called Lot 29, Caridee was tapped by JC Penney, and Mercedes does a few runway shows. Otherwise … their moment at the top is over.