Many of us love to watch weddings on TV more so if they involve our favorite drama or comedy series. An event such as the tying of the knot provides a great relief to the emotions and all the drama that takes place. It’s magnetic and something that touches the heart. 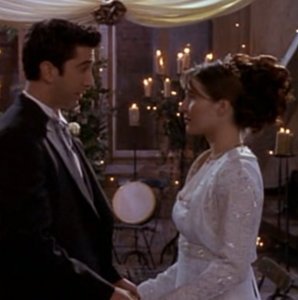 For sure you have your own favorite TV weddings. Here we share some of the best episodes that saw the main characters starting their happily ever after journey.

Grey’s Anatomy featured the most unique twist of events. Izzie played by Katherine Heigl took charge in organizing the wedding of Meredith (Ellen Pompeo) and Derek (Patrick Dempsey) and she planned it according to her dream wedding. In The engaged couple agreed to Izzie’s every detail and in the end, the wedding planner also ended up saying “I do” to Alex (Justin Chambers) while Meredith and Alex exchanged vows via the post-it.

Who could ever forget the wedding of Friends stars Ross (played by David Schwimmer) and Emily (Helen Baxendale). The event had a lot of twists that it had to be shown in two parts. Ross accidentally uttered the wrong name while making their vows while Chandler (played by Matthew Perry) and Monica (Courtney Cox) ended up in bed after having too much drinks. 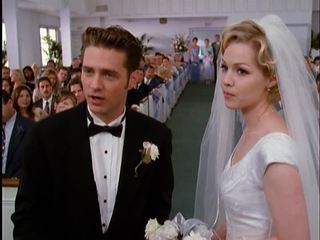 On Beverly Hills 90210, Kelly (Jennie Garth) and Brandon (Jason Priestley) were set to get married but they stil had doubts. The rest of the gang were also experiencing trials in their respective love lives. What happened in the end? The wedding was called off and it was the right thing to do because when you have doubts, it’s best not to proceed.

Of course, there’s also a royal wedding and it happened in Gossip Girl. Blair played by Leighton Meester was the apple of the eye of three guys – Louis, Chuck and Dan. Blair was actually in love with Chuck but she decided to marry Louis. In the middle of the wedding, Georgina announced Blair’s love for Chuck which shocked everyone. The wedding pushed through but at the reception, Blair realized she made a mistake and escaped from the scene with the help of Dan (played by Penn Badgley).

Photos via tvrage and telephonoscope