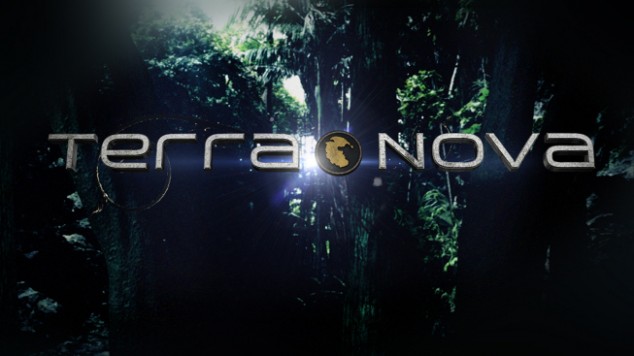 Terra Nova, Fox’s big-budget production from producer Steven Spielberg, will get a Spring premiere as an “early preview,” a la Glee. Two hours will be shown over two nights: Monday, May 23rd and Tuesday, the 24th. Fox was eager to paint the show less as a science fiction epic like Lost and more of a new take on the Old West, focusing on a “family trying to survive on a new frontier.”

New details have emerged about the much-discussed show from the Television Critics Association “up fronts” presentations this week. There’s already been a lot of drama surrounding Terra Nova before a single frame of footage has been seen, with reports of budget overruns, difficulties with casting, and writers dropping like flies. Fox worked hard to downplay this, explaining that most of these on-set reports were exaggerations.

The series’ high price tag is already being mitigated by sending the show direct to series after its pilot, saving money by not having to break down sets or send cast and crew home and then return them to Australia. Much of the pilot’s $14 million price tag, Fox claims, is being recouped or spread out to the entire first season. Showrunner Brannon Braga (Star Trek: Voyager, Enterprise) copped to the casting issues, explaining that casting a family on such a high-profile show was something they weren’t willing to rush. But Braga says that only one writer left the show after the pilot, so he’s not sure how that got blown so out of proportion.

In happier news, Braga reports that producer Steven Spielberg is heavily involved in the production, constantly coming up with “ingenious ideas” that get used on the show. 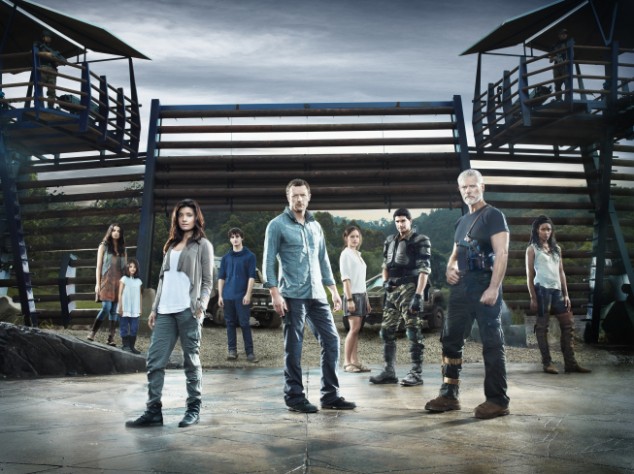 Terra Nova follows the Shannon family, who originate in the year 2149, where Earth has become overcrowded and heavily polluted, with (arguably) too much technology. When scientists discover a fracture in time, they build a portal that can take them back 100 million years, to a more primal time for nature, the time known as the Cretaceous Period. There, they come up with the idea of rebuilding civilization from scratch and trying to get it right this time. They found a fenced-in colony called Terra Nova, and select a group of people to live there, including the Shannon family. I guess you could call it The Reeeeeeeeeally Old West.

Jason O’Mara stars as Jim Shannon, the family’s patriarch, along with Shelley Conn as his wife Elisabeth. Landon Liboiron is 17-year-old Josh, Naomi Scott is 15-year-old Maddy, and Alana Mansour rounds out the family as 5-year-old Zoe. The cast also includes Avatar’s Stephen Lang as Commander Frank Taylor, the leader of the Terra Nova settlement. Christine Adams stars as Mira, the leader of a group opposed to Lang.

According to Fox, the Terra Nova settlement is filled with dinosaurs and “other prehistoric threats” (no idea what those might be), as well as “sinister external forces intent on destroying the new world.” Braga says that the show ultimately asks the question, “Can Utopia be built? Is it possible?”

Here’s my question: Why aren’t they worried about changing history? A high-tech human settlement plopped down in the middle of the Cretaceous Period? Won’t that completely alter humanity’s past, present, and future? Either way, with this level of production values and Spielberg’s involvement, it goes without saying that I’m in. What about you?

Check out the gallery of first stills from Terra Nova below.