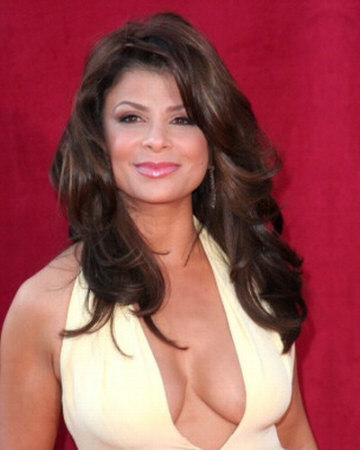 Rumors are going around that Paula Abdul wants to join Dancing with the Stars.

It’s weird. She’s a judge on the # 1 show, and a contestant on the # 2 show? But Louis van Amstel says Abdul “loves DWTS” and wants to be part of it.

DWTS exec Conrad Green says “it’s a great story” but is skeptical it could ever happen. “I would imagine that Fox might have something to say about it.” However, there’s nothing in her contract that would stop her.

The big question is whether Paula Abdul’s choreography experience and obvious dancing skills would give her an unfair advantage. . “The only thing we’ve ever said that really excludes people is if they have had professional ballroom or Latin training,” says Green. “. “But I do think the other contestants would probably find it unfair if Paula Abdul came on. That would be like having Michael Jackson saying that he wanted to dance on our show.”