You are here: Home / Reactions to Coco’s Emmy nominations 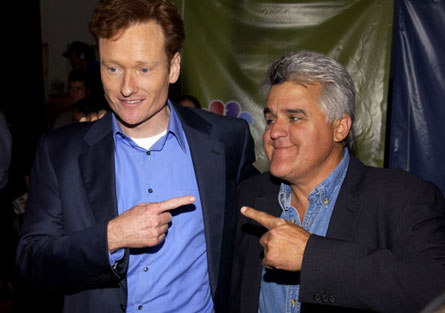 As we reported yesterday, The Tonight Show with Conan O’Brien scored four Emmy nominations yesterday. O’Brien got all the Emmy love — for his show that was shut down after 7 months, so Jay Leno could resume hosting the show. But Leno — who most have cast as the villain of this sordid tale — got no love at all.

Everyone involved has now responded to the Emmy news, and their thoughts are below.

Conan O’Brien was the first to fire off a response, just a couple hours after the nominations were announced, via Twitter:

Congrats to my staff on 4 Emmy nominations. This bodes well for the future of The Tonight Show with Conan O’Brien.

NBC, home to The Tonight Show, was the next to issue a formal statement, but took the respectful route:

“We congratulate Conan and all our nominees on their creative accomplishments and their deserved nominations.”

“The good news is ‘The Tonight Show’ got four nominations. The bad news is I didn’t get one of them!”

I think the takeaway from this is that O’Brien is just plain funnier off-the-cuff than Leno (or his former bosses at NBC).