You are here: Home / TV / Sesame Street Scores 1B Hits on YouTube 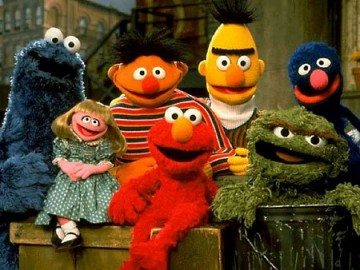 Sunny days, sweepin’ the clouds away…so goes the Sesame Street theme song which, no doubt, a lot of kids know.

Who could ever forget this popular TV show for kids that has been replayed over and over again and watched by many generations of children in the different parts of the world.

The show’s popularity did not stop in the 1980’s or in the 1990’s because up to now, Sesame Street continues to gain young viewers worldwide. Originally produced by the Children’s Television Workshop until 2000, it is now celebrating its 44th year.

And to add to that achievement, Sesame Street recently hit one billion views on its YouTube official channel. To mark this milestone, the people behind the show produced a song featuring Count Von Count. It’s about counting the you’s on YouTube.

Earlier, the show issued a call to both parents and kids to help them attain the 1 billion mark. The call was done through a video starring Telly Monster saying that if they gain the 1 billion views on the popular video sharing site, a top secret video will be released.

Hitting this elusive figure on YouTube is a first for Sesame Street. The achievement makes it the first American children’s and first non-profit company to earn the recognition.

When the show marked its 40th year in 2009, it became the 15th highest rated children’s TV show in the U.S. At that time, the awards it had received included 8 Grammies and 143 Emmies. Indeed, a remarkable feat unmatched by any other television show for kids.