Star Trek fans have something to rejoice now. Whether you want to see your favorite Captain Kirk or the battles of U.S.S. Voyager, it’s time you tune in to Hulu for the entire month of April. This is your chance to watch Star Trek episodes for free. 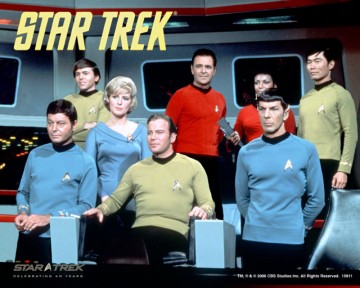 In honor of William Shatner’s birthday, the TV network thought it wise to give fans a blast by letting them watch the popular TV series (and they mean every episode of the Star Trek series) without being charged a single fee. This special gift will run until the end of April.

In addition to the free viewing campaign, Hulu is also conducting a survey via its Tumblr site. Users are asked to vote on their favorite characters in the series from James Kirk and William Riker to Spock, Nine and Wesley Crusher.

By May, the film sequel Star Trek: Into the Darkness will be released so avid fans have another movie to watch out for.

This award-winning American TV series started in 1966 and since then, has had several spin-off shows. It has gained recognition from the Emmy Awards, Hugo Awards and Academy Award. Created by Gene Roddenberry, the series stars William Shatner as Capt. James T. Kirk.

Star Trek has, so far, six television series. These include The Original Series (TOS), The Animated Series, The Next Generation, Deep Space Nine, Voyager and Enterprise.

The film versions, totaling 11 of them, were produced by Paramount Pictures. The last one was released in 2009.