You are here: Home / TV / Television’s Most Famous Horses

The television screen is home to stories of all kinds. Ever since the invention graced the world with its presence, it’s been the highlight of entertainment and the medium of choice for watching anything from sporting events, to shows about families like The Brady Bunch, to sitcoms like Friends.

Television is responsible for the output of most of the entertainment related data today. Why would anybody leave the house if they don’t have to? That’s the idea anyway. Not only is television capable of entertaining the masses, it’s also capable of educating, bringing people together, and using a lot of CGI magic.

Whatever it is you want to see, television is there to accommodate that for you. If you’re a horse person for instance, there is no shortage of horse related media gracing the silver screen. In fact, here are television’s most famous horses: 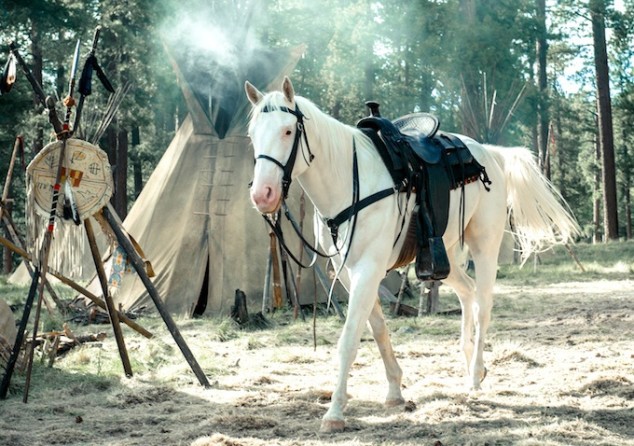 The Lone Ranger started as a radio broadcast in 1933, but the show was so popular that it didn’t take long for The Lone Ranger to grace his audiences with his physical presence on the television. And what is a cowboy without his horse? The Ranger’s loyal companion is Silver. Did you know that there were actually two different horses that played Silver on screen? The original horse to play Silver was 17 hands tall. He was known to be gentle despite his size. Sound like quite the ordeal to learn how to ride him!

Roy Rogers is another cowboy who was one of the most famous ones to ever grace the television screen. The man was a singer as well as an actor, and appeared in over 100 movies, television and radio spots. His noble companion always went by the name of Trigger.

With 100 movies and television appearances, it makes sense that Trigger wouldn’t have been played by just one horse. The original trigger did live to be 33 years old though, and he won a P.A.T.S.Y award. Rogers loved him so much he didn’t want to see him put in the ground so Trigger now remains stuffed in a museum in Missouri.

Horses have been man’s best friend much longer than dogs have. Horses are the reason that man have even survived all of these years. It’s easy to see why so many have such bonds with these magnificent creatures.

In the years past, there has been no shortage of horses to grace the television screen. They’ve been used for entertainment, companionship, and labor as long as they’ve been around. Here’s to seeing more of the beauties on screen. They’re the real stars of the show.