You are here: Home / TV / The Best TV Shows About Wine 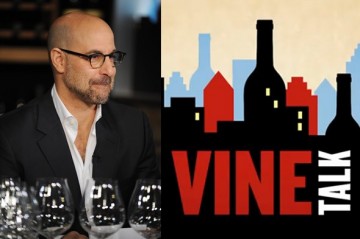 My parents love wine. They would drink a glass with dinner, or sometimes after. They’d talk about different brands and different tones and the legs on the wine.

As a kid, I didn’t understand it, so I just rolled my eyes and headed up to my room whenever they turned on a television show about wine. But these days, I’m a grownup and find the wine industry very interesting. In an odd, ironic twist, I now watch wine shows of my own. Here are some of the best.

Hosted by the ever-lovable Stanley Tucci, this show is about, well, wine. Tucci brings together his love of wine, culture, and celebrities in his live-filmed show. It airs on PBS, and it’s a combination of many things: public television, culture, wine, food, and the latest dish on celebrities.

They participate in a blind taste test of various wines, and then they just chat. Some people think that “wine people” are stuffy and pretentious, or that only expensive wine is worth drinking. Tucci brings people together and shows them that wine can be fun and friendly, and wine lovers can just kick back and have a good time.

This show also aims to destroy the preconceived notions people have about wine, but it takes a slightly different approach. The show is a comedy: it has skits and guest stars and an errant cameraman who frequently gets bored and pans to more interesting things.

But it’s funny. People laugh. The guy on A Wine Guy is an expert, however, and as such, the show is educational. It has an air of nostalgic comedy, a la “I Love Lucy“. It’s well-written and just genuinely funny. It’s a little bit of wine, a little bit of comedy, and an all-around good time.

We’re done talking individual shows now. This was an entire network dedicated to wine programming and education. It launched in 2004. It was unable to find a network provider in the US and was independently owned and operated.

So it launched worldwide and had a successful global run. It shut down in 2009. But Wine TV paved the way for future shows and other networks about wine to have find a platform and following. Television networks are changing, and wine is becoming much more mainstream, and more and more viewers are interested.