You are here: Home / TV / Understanding the Different Types of TVs 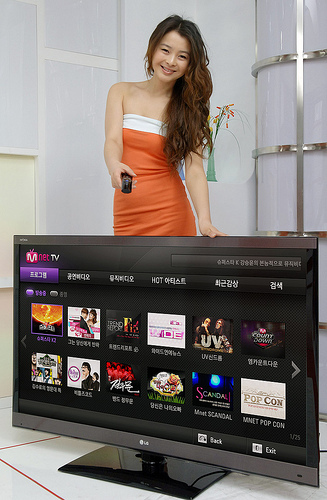 Television has become a common aspect of most individuals’ daily entertainment. Whether one would like to enjoy a movie or focus on the local news and weather, a TV can be a useful addition to the home. There are several different types of TVs, and each type has its own strengths and weaknesses.

Direct-View, also known as CRT, televisions use cathode ray tubes to create the picture on the screen. These products can be viewed from any angle and produce relatively strong colors. They are also easy to see regardless of the room’s lighting. CRTs do not often need repaired and are typically inexpensive compared to other kinds of televisions.

Direct-view TVs have been available longer than other popular styles and do have a few weaknesses. They are known to often be heavier and more cumbersome than other televisions. CRTs are generally only available in small to medium screen sizes. Some picture distortion is possible with models that have a large, curved screen depending on where one is seated in relation to the product.

Rear-projection TVs project and reflect the images onto the screen. CRT, LCD or DLP technology can be used to create the image, although CRT-based rear-projection televisions are increasingly rare. These products are available in many of the larger screen sizes and are typically cheaper than flat screen products of the same sizes.

Rear-projection televisions are bulkier than flat-screen products, although they are not always as heavy as their size may imply depending on the technology used to create the image. There can be inconsistencies in the viewing quality for certain kinds of rear-projection TVs. For example, CRT versions tend to appear dim if one is viewing the screen from a harsh angle, while sitting too close to a LCD-based product may create an effect that has been compared to looking through a screen door.

Flat panel TVs are very convenient, since they are typically easy to move and do not take up a lot of space. LCD flat panel televisions are available in many sizes. They are a good choice for bright rooms since LCD screens are not overly reflective. They are also immune to the “burn-in” effect that causes many other televisions to permanently imprint an image on the screen.

There are a few concerns when choosing an LCD flat-panel television. These products can be quite expensive. In some cases, there is only a limited viewing area for one to enjoy the best possible picture quality. Those sitting too far to the side may be forced to watch a screen that appears too dark or distorted.

Plasma TVs create a digital image that often appears more realistic than those produced by other types of televisions. These flat panel products are more readily available in large sizes than those that use LCD technology. Plasma TVs can be viewed from any angle without picture distortion.

Like other flat panel televisions, plasma TVs are relatively expensive. They can be damaged by “burn-in” images if not handled properly. Plasma televisions are known to use more energy than some of their competitors, although newer models have made improvements in this aspect of their design.

Please note that these hints and tips are provided for your interest and ease of reference only. We cannot accept any responsibility for any advice or information contained in them.