You are here: Home / TV / Upcoming TV Shows Worth a Look 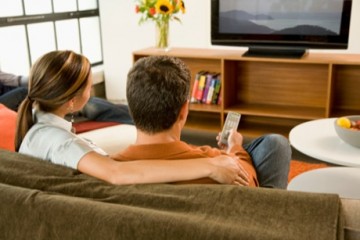 TV fans this early should find out what’s worth watching on the small screen in the coming months. There are several new shows debuting next season you might be interested in viewing.

The Michael J. Fox Show will be airing on NBC. For those who know Alex Keaton in Family Ties or those who simply adore Michael Fox, this is one great show you should not miss. This self-titled sitcom features the actor in the role of a newsman who goes back to work after a bout with Parkinson’s disease which is a real-life condition Michael Fox is struggling with.

For more laughs, be sure to tune in to Brooklyn Nine-Nine which will air over the Fox Network. This new comedy series features a Brooklyn detective who’s always goofing around and a new captain in the person of Andre Braugher.

Another comedy show coming your way is Mom which stars Anna Faris. Faris here is a single mom based in Napa Valley who’s trying to move on with her life but is not in good terms with her own mother.

TV fans who need a break from the medical drama should try watching Rake to be shown on Fox. This legal drama features the character of Keegan Dane, one of the best lawyers in his town but a gambling addict at the same time. Greg Kinnear plays the lead star who’s not only a great attorney but someone who has a sense of humor.

Finally, if you’ve watched Hugh Grant’s About a Boy in the past, you’ll love this TV adaptation starring David Walton. To refresh your mind, the story revolves around a bachelor who made friends with a young boy who lives next door. Minnie Driver plays the boy’s single mom.