You are here: Home / Watch and Support “Hope for Haiti Now” 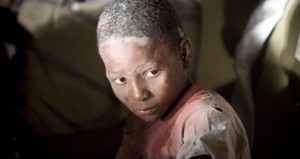 If there’s only one TV show you can watch this week I recommend that it be the “Hope for Haiti Now” telethon. The telethon is obviously meant to raise funds for Haiti.

Show schedule for the telethon is January 22, Friday, at 8PM ET/PT and 7PM CT. It will be shown simultaneously on the following networks: ABC, CBS, NBC, FOX, CNN, BET, The CW, HBO, MTV, VH1 and CMT. Since it will be showing on so many channels there’s no reason to miss it while channel surfing. However, what’s really important is not really watching the show but supporting the fundraising effort. It doesn’t matter if you give via the telethon or directly to charity organizations that are currently helping out in Haiti.

All proceeds of the fundraising telethon will be split evenly among the following: Clinton-Bush Haiti Fund, Oxfam America, Partners in Health, the Red Cross, UNICEF and Yele Haiti Foundation and World Food Programme.

And as if the cause is not enough reason to watch and give our support to they’ll have the yumminess of George Clooney as host in LA, my personal fantasy, Anderson Cooper to cover the story live in Port Au Prince, and Wyclef Jean in New York.

The show will be star-studded for sure with the music industry greats such as Jay-Z, Coldplay, Bono, Shakira, and Taylor Swift coming out in full force to lend their support.

Now it’s our turn to give ours.