You are here: Home / Watchdog group protests $#*! My Dad Says 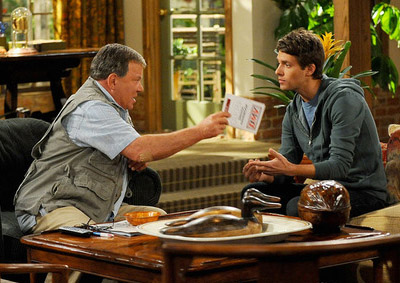 In a press release that includes repeated use of the word “excrement,” the Parents Television Council has issued a stern warning to potential advertisers of CBS’ new sitcom, $#*! My Dad Says. (The show is based on a wildly popular Twitter account where a twenty-something guy living with his dad tweets the profane, offensive things his grouch of a father says to him.)

The PTC has put advertisers on notice, warning them to stay away from $#*! My Dad Says, “unless they wish to associate their hard earned brands with excrement.” “The Second Edition of the 20-volume Oxford English Dictionary contains full entries for 171,476 words in current use; yet CBS decided to use the ‘s-word’ in the title of this show, putting its blatant contempt for children and families front and center,” says PTC President Tim Winter.

The organization will inform its members of which brands advertise during $#*! My Dad Says, and warn them not to support those products.