It’s undeniable that reality TV shows continue to get the attention of millions of people around the world. The thrill and excitement provided by these programs are different from the regular drama and comedy soaps that viewers are used to watching on the small screen.

Since this type of TV program gained popularity from 1999 to 2000, more reality shows have been produced. These include singing and dancing competitions, personal and home makeovers as well as staying in a house with other people for several months. What sets this type of show from the others is the absence of a script that people need to follow. 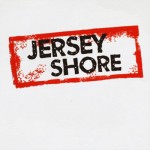 For the year 2011, Jersey Shore topped the list of the most popular reality shows as based on the data of fastopten.com. Following in the top five are The Amazing Race, Survivor Redemption Island, Keeping Up with the Kardashians and American Idol which is now on its 11th season. Others in the top 10 list are Teen Moms 2, Kendra, The Bad Girls Club, Dancing with the Stars and The Celebrity Apprentice 4.

Jersey Shore premiered on MTV in 2009. It features the life of eight housemates and how they spend their summer in New Jersey.

The Amazing Race, as its name suggests, normally involves teams of two people from different countries racing against each other as they do various tasks. Oftentimes, they do some traveling by land and air to be able to perform the tasks being asked of them.

You may not be aware, however, that these reality TV shows actually date back in the 1940s. The first one called Candid Camera debuted in 1948.